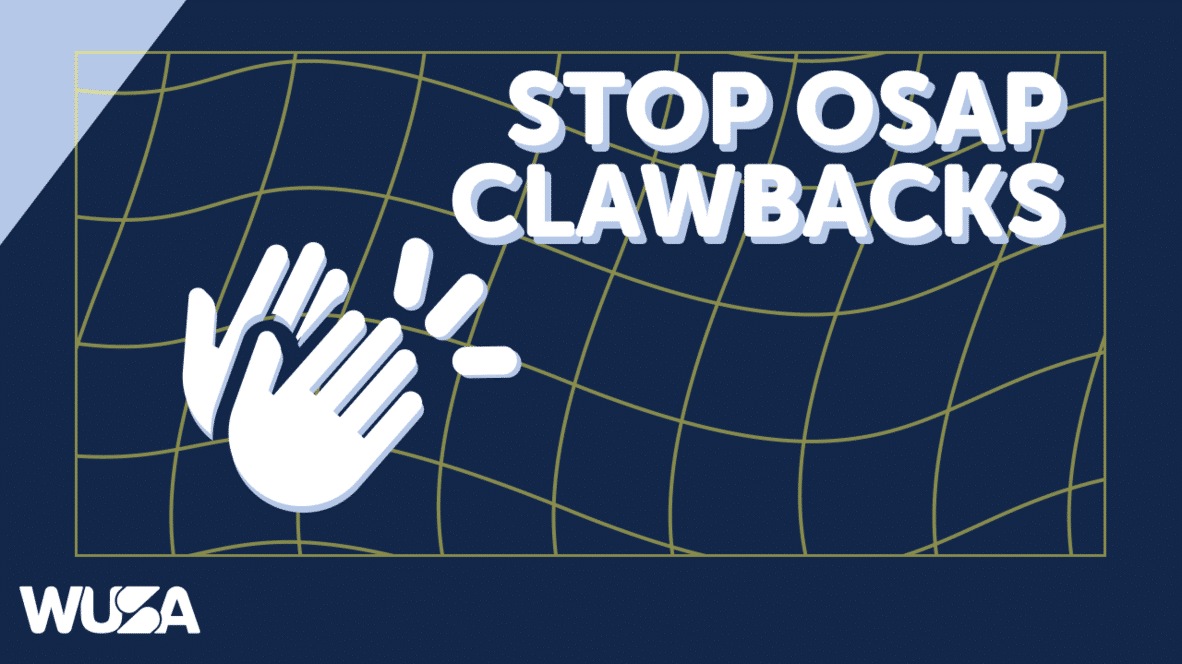 In 2020, the Federal government announced that it would support students during the pandemic by doubling the Canada Student Grant (CSG). Great news, right? Unfortunately, it doesn’t look like Ontarian students have seen the impact – with the 2019-2020 actuals implying that Ontario used this extra federal funding to pull back its own contributions-leaving students with the same amount of funds, despite extra expenses, and reduced job opportunities during the pandemic.

Federal aid meant for students shouldn’t be used as a cost-saving mechanism for the province. The Ontario Undergraduate Student Alliance (OUSA) has been petitioning the Minister of Colleges and Universities to stop the clawbacks of $400 million from the Ontario Student Assistance program (OSAP).

WUSA stands with OUSA and all Ontario Universities and Colleges, to resist these clawbacks, and aspire for these funds to be re-invested back into OSAP. The support OSAP provides to students is needed now more than ever, with the pandemic severely impacting the livelihoods and employment of many.

Click here to learn more about OUSA’s efforts to resist the OSAP clawbacks.

Follow OUSA’s social profiles to stay up to date on their efforts: