2022 Municipal Elections: Why you Should Vote 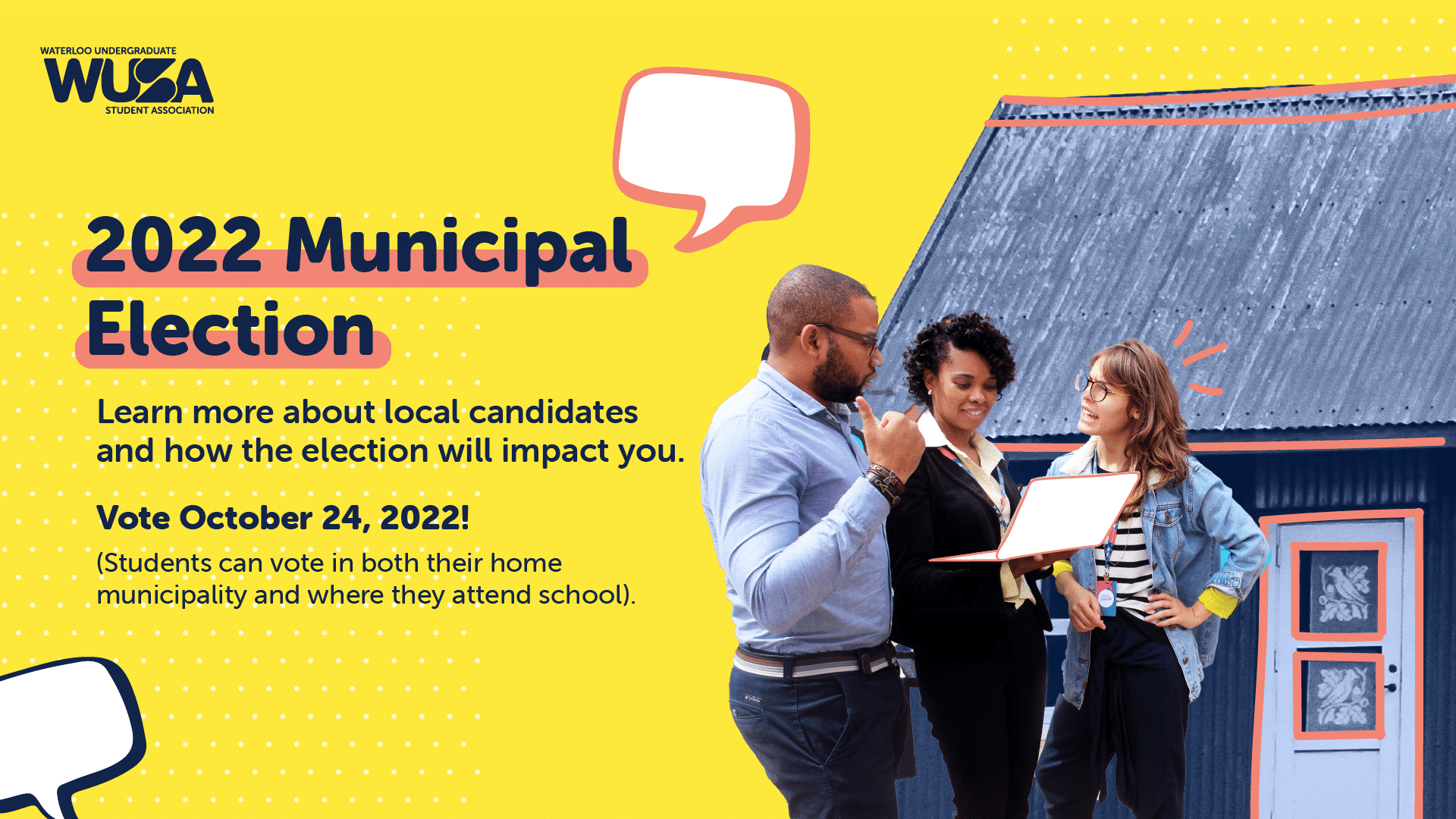 You may have noticed there have been a lot of elections recently. Last September, we had a federal election to choose Members of Parliament (MPs); this year, there was a provincial election in June to pick Members of Provincial Parliament (MPPs), and WUSA held elections for its Board of Directors in July to oversee and advocate for the supports and services offered to undergraduate students across the University of Waterloo.

Next month, on October 24th, every Canadian Citizen who is 18 years of age and older and resides in Ontario will have the opportunity to say who they want to represent them as Regional Chairs, Mayors, Regional and City Councillors, and School Board Trustees in their local municipalities and school boards.

Why should you care about all these different elections and levels of government? Because they all impact different aspects of your life.

The Federal government (The Government of Canada) is responsible for areas such as:

The provincial government (The Government of Ontario) is responsible for areas such as:

Local governments (Regional, City and School Boards), with support from the provincial and federal governments), are responsible for areas such as:

These are just a few examples of how the different levels of government can touch different aspects of our lives every day.

Regional and city governments provide many of the services and support we use daily. They are responsible for what happens right outside your front door. More than that, local governments can also advocate to the provincial and federal governments for support to make your lives easier and more prosperous.

Check out WUSA’s Local Elections page for more details on how to vote, where to vote, and links to find your local candidates across Waterloo, Kitchener, Cambridge, and Stratford.

Questions? Email us at advocacy@wusa.ca